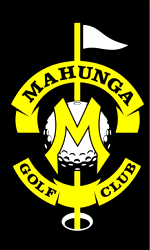 The History of The Mahunga golf club

Kaikokirikiri was the main pa of the Masterton area (prior to the town’s creation) in the late 18th and mid-19th centuries.
Tribal history states there had been two Kaikokirikiri Pa built on the same site.  The first pa was built around 1780.  At the time the Waipoua River cut a path underneath the rise where the pa was positioned.

Pa were fortified villages that were built during times of conflict.  The location for a pa was determined according to its strategic positioning for observation, defence and even health considerations.  Pa were built on parts of a hill that usually had three steep sides and one where a scarp could be dug as a defensive measure.  Pa were usually directly above or within a hundred metres of a river, being able to store or access fresh water was a major  consideration should the pa come under siege.

Kainga were villages that were usually located on the highest points of river flats.  These are where Maori spent most of their time as they tended gardens and procured food from the forests and waterways.

What remains of Kaikokirikiri Pa, is found on the right hand side of the rise going from the 10th green to the 11th tee of the Mahunga golf course.  The Kaikokirikiri complex consisted of a large palisade inner pa with kainga positioned nearby.  The high rise of the banks may give an idea of how fortified the pa could have been. 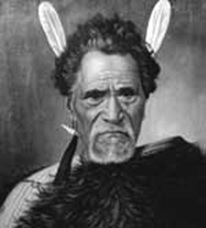 ​The Kaikokirikiri pa was Retimana’s stronghold.  During a battle between Wairarapa people and invading tribes, it is said that Retimana was captured and escorted to Wellington.  He escaped by seizing the long handled tomahawk off the chief, killing him and fleeing into the forest near Orongorongo (near Wainuiomata).  After this event Retimana, his family and many other people of the Wairarapa sought safety in Nukutaurua on the Mahia Peninsula.  ​Following negotiations in the 1840s a peaceful agreement was created between opposing tribes.  Once again Kaikokirikiri Pa was re-established. 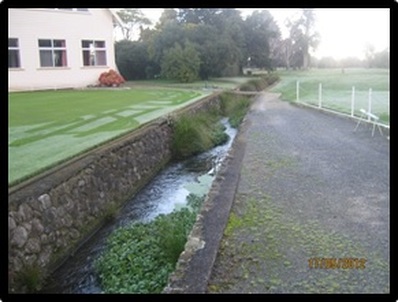 
The stream that runs through Mahunga golf course is called Mangawhero.  It was named after a group from Manaia marae (in the Solway region) were caught unawares by hostile visitors while visiting Kaikokirikiri Pa.  Unfortunately 118 home people were massacred and the stream was said to run red with the blood of the victims.  This was why the name Mangawhero or ‘to run red’ was given to the stream.

​VISIT TO THE ‘TROUBLED’ SITE

As told by Jim Rimene (kaumatua) November 2005
Uncle Jim Rimene told me that on some occasions when golfers were teeing off (both Maori and non-Maori); they would hear ‘whisperings’ as if from a group of people, but when they turned around there was no one.  Other times especially if it wasn’t a particularly good shot a ‘koroua’ (old Maori man) would appear, look at where the ball had been teed up, the flight the ball had taken and was heard to say “Kaore te pai taua puhi” (“that wasn’t a good shot”)  I guess it’s one thing to be told “bad luck” by a fellow golfer but to be told by a karoua who lived in the (18-19th century) incidentally he was dressed in the clothing for Maori of his era, could have been a bit disheartening.  Uncle Jim must have seen the questioning look in my face, and stated, “the koroua would have watched the sport develop over the years therefore probably worked out what the purpose of ‘golf’ was all about”.  These sightings were reported to members of Mahunga golf club, where it was decided that perhaps a Kaumatua, (old man, elder) Uncle Jim, would visit the troubled site.  A karakia ​(prayer, chant) and ceremony was carried out. Uncle Jim reported that the blessing took place in the year 2000.
(View of 9th tee where reports where golfers heard whisperings)                     (Site where karakia and ceremony took place)

Thanks to Uncle Jim Rimene, Joseph Potangaroa, Fances Reiri-Smith, for assisting me with this exciting but very brief and part history of Mahunga Golf Club.